In 1956, Francis and partner, lawyer Donald Sim, carrying on business as Lynhar Developments, acquired and laid out the Stinson Avenue area of Bells Corners in Nepean. They quickly formed a partnership with William Teron, T.F.S. Lands, to build the houses in Lynwood Village.

The Lynwood Plaza at Bells Corners was built by Francis and Sim’s Lynhar Developments and included what would become the landmark Robinson IGA.

Donald Francis followed in his father’s path in real estate, becoming a property manager before envisioning and developing Thorncliffe Place with his wife Helene in 1989. Since then, they have made Thorncliffe a reputable and respected retirement residence in Ottawa. Their son, Michael Francis, is now the owner of Thorncliffe Place.

To learn more about Lloyd and purchase his autobiography, Ottawa Boy, click the button below. 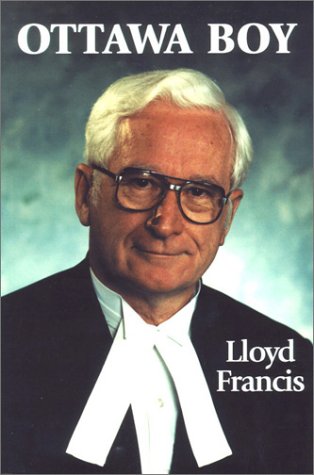